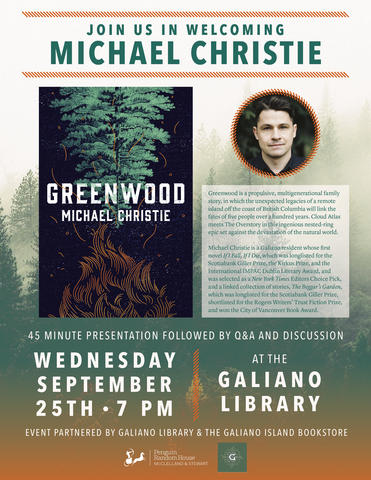 Galiano’s own Michael Christie launches his newest title: Greenwood a propulsive, multigenerational family story, in which the unexpected legacies of a remote island off the coast of British Columbia link the fates of five people over a hundred years. Cloud Atlas meets The Overstory in this ingenious nested-ring epic set against the devastation of the natural world.