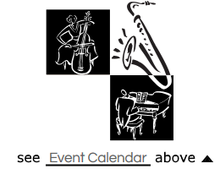 Dehcho: A Musical Journey along the Mackenzie River

2021 will mark 100 years since the signing of Treaty 11, which formalized relations between the Dene people of the Northwest Territories and the Government of Canada. Next summer events will be held across the North to mark the centenary. One of these events will feature cellist Eric Wilson of the UBC School of Music. He will join a group of Dene drummers travelling by boat along the Mackenzie River from the BC border to the Beaufort Sea. Together they will perform a multimedia musical work, “Dehcho: A Musical Journey along the Mackenzie River” which pays tribute to two very different musical traditions: Dene drumming and chamber music.

Residents of Galiano will get a preview of this work on November 7, when composer Daniel Séguin and cellist Eric Wilson bring a performance to Galiano. The event will begin at 2:00 pm with a film presenting eight stories told by elders who remember 1921.  These stories are interpreted in eight accompanying works of art which will be on display in the hall. The musical performance follows, as Eric Wilson plays cello with multimedia accompaniment.

There is no admission charge for this special event, but tickets must be obtained in advance. Because of the need for COVID-19 social distancing, seating in the South Hall will be limited and pre-assigned. Previous season subscribers are being contacted and given priority to attend.

Some additional tickets will be available. If you are interested, visit The Loose Leaf Tea & Papery (Post Office) in person before November 5 and enter the draw that will be held on that date.

For the enjoyment of those who were unable to attend in person, we will record this concert and post the video on the Web. Watch this site for a link where you be able to view it at your convenience, at no cost.

We regret that the performance by Vancouver pianist Ian Parker previously scheduled for Sunday January 24 has been cancelled.